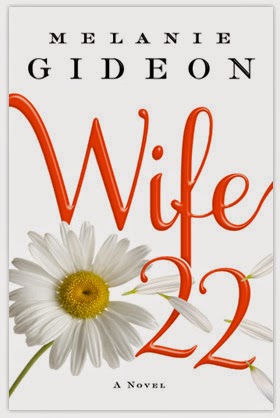 I was very uncertain what to expect of this book. Honestly, I was a bit hesitant, thinking it might be about a woman getting herself involved with a stranger online who might then stalk her, harm her, kidnap her, whatever...

I was pleasantly surprised by Gideon's book, however. I believe she did a great job of depicting age-old issues with the added aspects of modern technologies, specifically social media. My one challenge was reading the sections of Facebook chats--I swear I had to keep rereading throughout these sections to determine who was speaking. For some reason it wasn't easy for me to track the speaker, though I now believe that was due more to the obtuse responses between Researcher 101 and Alice than anything else. I would recommend this book, especially for readers somewhat younger than my 58 years! Though I found much to connect with. I am a bit late in posting my review today, since I typically post first thing in the morning, but purposefully have not yet read my co-hosts' reviews:

Emily of The Bookshelf of Emily J
Ariel of One Little Library
Carolyn of Rosemary and Reading Glasses
Cecilia of Only You
Kay of whatmeread
Audra of Unabridged Chick is currently on hiatus!

Obviously, this book has much to say about marriage and the role of wife, but those comments will be addressed while answering our two "wife" questions below... The one aspect of marriage relationships that I felt Gideon described and depicted so accurately was the tendency (not for all, but I feel typically for the majority) of couples to "drift apart" over the years, particularly once you've become mired down in raising children for 10+ years. I believe most couples should make time for themselves/each other throughout their marriages, or it is inevitable that they will grow apart and feel as if they no longer have anything in common, etc. I firmly believe in routine "date nights" for parents to have some alone time and a change of scenery to help avoid such a pitfall later as the children are nearing the time when they literally and figuratively will "leave the nest."

Alice's mother died when she was only 15 years old and in many ways she feels bereft as a result, but particularly this year, her 45th. Her mother was only 45 when she died, so this marks a true milestone for Alice. The Mumble Bumbles (her mutually supportive group of adult females who also lost their mothers when young) are well aware she will likely need to overcome major emotional hurdles this year due to that historic connection. There were times throughout this book when I felt the idea of a mother-daughter relationship was (for me, at least) quite romanticized and idealized. "...never would we experience that kind of unconditional, nothing-you-can-do-will-turn-me-away-from-you kind of mother love." Uh...hellooooo! Just because others have living biological mothers, that does not automatically ensure such unconditional positive regard given by those mothers to their daughters. In point of fact, it can be quite the opposite! Not all mothers are kind and caring, to say the least. But I digress... :)

I admit I was quite upset that Alice did not follow through with her legal responsibility as an educator to simply turn the marijuana over to the authorities and make that family deal with their own behaviors. I wonder if she would have given them a "pass" if this mother hadn't been the PTA President with such a major decision-making role in the drama teacher's position. I was rather glad that Alice suffered a backlash from what she saw as her kind act toward this woman. Her decision was quite irresponsible, in my opinion...and as a displaced teacher myself, that made me rather angry.

I particularly appreciated the references to and depiction of the value of "unburdening" (p. 51) oneself to a nonjudgmental impartial objective confidante--a therapist. I firmly believe each of us would benefit greatly from such therapeutic interactions. I know I could never have survived (and thrived!) throughout much of my adult life without just such an outlet. My current therapist, "Super Tim," is the best match I have had to date for such "unburdening." I could definitely relate when Alice stated "answering the questions calms me down...There's almost a meditative aspect to it." (p. 51). I wholeheartedly agree! Additionally, it helps me resolve my frustrations without overburdening my husband, because after all, realistically (or IRL!) there is only so much "therapy"/counseling we should expect from our partners, as this can place much unnecessary strain and stress upon the relationship overall.

Though my own mother did not die until just a couple of years ago, I could relate to Alice's persistent feeling of disconnectedness or inability to think clearly throughout these months. I felt Gideon was quite accurate in her descriptions of Alice as almost unwell during this time period. There have been times when my personal life and relationships have similarly disoriented me, making it a challenge to remain connected and fully functional in life's daily routine. Such times can seem as if you are living through an "otherworldly" experience...

Ah, and parenting. Alice's worries and concerns about her children brought all that back to me from raising my three children. And to add the technological immediacy of social media just compounds the need to truly connect and communicate with your children. Admittedly, I wonder how my children and their partners will manage to deal with what I believe to be all this added parental stress, but I'm sure they'll do it very well...

Firstly, I admit I really didn't "like" William. He appeared to me to be quite an arrogant, demanding male, particularly in the very beginning of their relationship. In my opinion, Alice allowed nothing more or less than herself to be manipulated by him. However, by the end of the book I felt as if William did truly care about Alice and their marriage, and was willing to do whatever it took to "find" her and bring her back, just as he had promised years before. Perhaps for me, this book depicted how a "wife" is typically so much more than that; also a confidante for her husband/wife and children, much of the time an overseer and manager of the family, and/or the major financial provider. I believe that for many wives the "role," especially if it requires managing the bulk of the responsibility for a marriage/partnership and particularly includes children, can become quite repetitive, dull, and boring, with seemingly no "way out" or enjoyment on her own terms. Hence my recommendation of regular outings for the parents sans children! Also a good idea for each parent to have time to themselves!

2) In what way does this woman define "wife"--or in what way is she defined by "wife"?

This is tougher for me to answer. In many ways I felt as if Alice had become an independent person and wasn't allowing herself to be manipulated by William as much, however, he did basically manipulate her by not admitting to her how he had lost his job. (I asked myself, shouldn't he have divulged this information to her, as his wife? Or not? Must we admit each and every little foible to our mate?) I respected and admired Alice for having the gumption and respect to never allow William to know the depth of her knowledge of his job displacement. She was loyal to him, though Researcher 101 challenged that. However, I felt the main attraction another man held for her was the fact he listened and it would be a change, something/someone different, and she felt as if that could only be a good thing. Though ultimately I believe in her heart she realized she didn't really want to sacrifice her marriage to find out how it might be with 101... I believe Alice defined "wife" by proving that she could deal with multiple familial frustrations and worries while handling her own personal crises. But she was also defined by her role as wife...and mother. I liked Alice and could relate to her on many different levels.

How would you answer these questions about Alice? What did you think of this book? 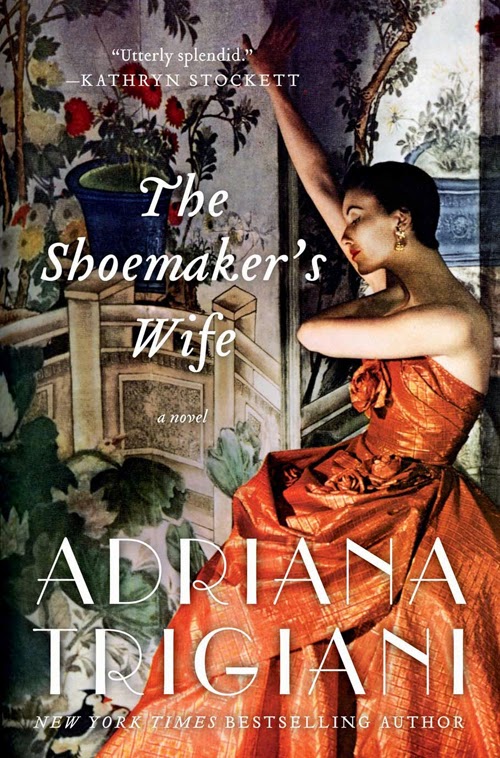 Be sure to join us on December 1st
for our reviews of
The Shoemaker's Wife
by Adriana Trigiani.

I have owned this book for quite awhile.
I believe it is the first in a trilogy.
I'm very excited to read it!