Every Note Played by Lisa Genova

This is the 47th book read and reviewed for the Literary Wives online book discussion group!
Check us out on Facebook and Twitter #LiteraryWives!
I have been totally out of it with regard to Literary Wives for quite some time now,
but am determined to get back into this group on a regular basis.
I have been reading the books but never getting a review posted.
As you can tell, I have neglected my blog for a very long time now.
I also hope to remedy that and return to posting reviews much more routinely. 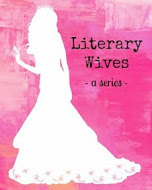 Please check out the other co-hosts' reviews:
Naomi of Consumed by Ink
Kay of whatmeread
Eva of The Paperback Princess
Lisa Genova is one of my all-time favorite authors and I have now read all five of her books.
I can highly recommend each and every one of them.
Each book features a character enduring a neurological disease.
In this book we meet Richard, a professional pianist diagnosed with ALS and we learn of the changes to his physical body as well as his distressed mental health.
But there is so much more than that included in Genova's books.
Her characters are complex and realistic and she includes many more issues than just the main character's diagnoses and physical/mental decline.
With all of this, Genova's humor comes through to relieve any depressive edge.
Richard Evans first encounters Karina in Sherman Leiper's Techniques class at Curtis. It takes all semester before he finally has the courage to speak to her. He is enamored with her Polish accent. Karina was born in Zabrze, Poland and emigrated to the United States by herself before she was even 20 years old. Her piano teacher, Mr. Borowitz, taught all his students to play Chopin:
In Poland, Chopin is as revered as Pop John Paul II and God. Poland's Holy Trinity (p 9)
That did make me laugh! Karina lost no time in leaving home because she was determined to not have the same life as her mother--remaining in Zabrze, married to a coal miner, and trying to raise five children. As she states,
Raised under Russian oppression, she'd seen more than a lifetime's worth of weeping
before she could tie her own shoes. (p 119)
While Richard is a well-known virtuoso worldwide, Karina gives piano lessons in her living room. Most of her students take piano lessons so they can add "plays piano" to their college applications. None of them are serious enough (nor evidently skilled enough) to pursue piano  beyond high school. Eventually we learn that Karina actually outshone Richard when they were students. Her piano playing was much more emotive than his. But then Karina discovered and became enamored with jazz and began concentrating on that rather than classical music, enabling Richard to be the 'best' classical pianist at Curtis. Meanwhile, Richard accepts a faculty position at the New England Conservatory of Music in Boston, so they leave New York City where Karina was beginning to play jazz in local clubs. She finds upon landing in Boston that there is no such live jazz there as in New York, wondering if Richard was already aware of that fact... After just two years as a faculty member, Richard's musicianship jumps to a new/higher level--he is playing with emotion and 'feels' the music as never before. He begins playing concert tours around the world and allows Karina to relocate them wherever she would like. She selects a Boston suburb where she raises Grace, their sole child, basically as a single parent since Richard travels constantly.
Grace moves a thousand miles away for college and Grace is lonely. First, Richard leaves as their marriage dissolves and the divorce is finalized, and then her daughter.
She's forty-five and divorced. Single. In Poland, she'd be considered a disgrace.
But she's been in America now for over half her life.
Her situation is common in this secular culture and imposes no shame. Yet, she feels ashamed.
You can take the girl out of Poland, but you can't take Poland out of the girl. (p 15)
While attending a high school graduation party for one of her students she learns from a mutual friend that Richard has been diagnosed with ALS and canceled the rest of his current concert tour. 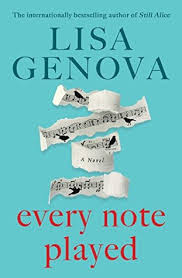 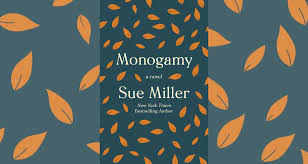