On to the 2020 Historical Fiction Reading Challenge
hosted by Passages to the Past!
#HistFicReadingChallenge 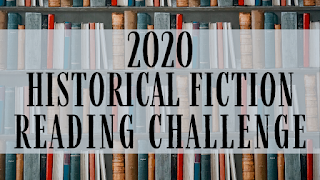 It's been awhile, but I plan to participate in the 2019 Historical Fiction Reading Challenge hosted by Passages to the Past!
#HistFicReadingChallenge 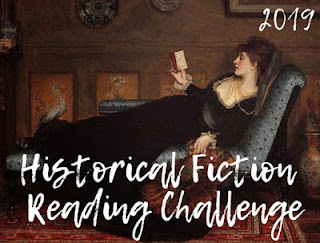 There are six different categories:
Twentieth Century Reader--2 books
Victorian Reader--5 books
Renaissance Reader--10 books
Medieval Reader--15 books
Ancient History--25 books
Prehistoric--50 books
My reading time is still very limited due to my time need to work out to keep rehabilitating my knees after bilateral knee joint replacement.
However, I hope I can read and review at least 5 historical fiction books during 2019.
(Okay, honestly, I would love to be able to read and review 50!
But I am at least attempting to be realistic!)
Historical fiction is one of my absolute favorites!
Here is my initial posting.

2016 Reading Challenge
Host: Passages to the Past
As in 2015, Passages to the Past is graciously hosting
the Historical Fiction Reading Challenge for 2016!
Here is my 2016 challenge posting.
I am upping my goal this year to "Ancient History" and
hope to read at least 25 historical fiction books in 2016!
I am in the middle of reading the Maisie Dobbs series by Jacqueline Winspear and am cohosting a Little House Read-Along with Bex of An Armchair by the Sea--
reading both of these series will provide at least 15 books! 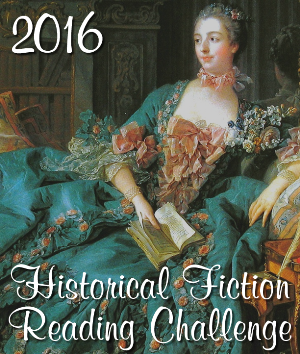 Born Under a Million Shadows by Andrea Busfield (August 2016)

Slaughterhouse Five or The Children's Crusade by Kurt Vonnegut (September  2016)

Serafina and the Black Cloak by Robert Beatty  (August 2016)

A Monstrous Regiment of Women by Laurie R. King  (August 2016)

Little Town on the Prairie by Laura Ingalls Wilder  (July 2016)

Little House on the Prairie by Laura Ingalls Wilder (February 2016)

An Incomplete Revenge by Jacqueline Winspear (1-5-16 blog post to come)
Oohh...this one was a bit creepier than the others have been, in my opinion!
But not too much so. :)

Jam on the Vine, Part 1, Part 2--LaShonda Katrice Barnett (January 2016)
One of the best books I've read, especially in the historical fiction genre!
**********
I began participating in the Historical Fiction Reading Challenge in 2014, which was then hosted by Historical Tapestry. I believe I will be able to read 10 historical fiction novels in 2015, but hope to reach a total of 15!
I did reach my goal of Medieval Reader with 15 historical fiction reads for 2015!

All the Light We Cannot See by Anthony Doerr
As you may know, this was awarded the 2015 Pulitzer Prize for Fiction!
I actually read it twice this year (for two different book club discussions)
and absolutely adore it!
A review will be posted, but this is one that is very difficult
for me to distill down to one posting. :)

The Joy Luck Club (by Amy Tan) Read-Along
Currently behind! :)

Gone With the Wind (by Margaret Mitchell) Read-Along
Woefully behind! :)

The Green Gables series by L.M. Montgomery
Total of 8 books

Finished reading the Al Capone series by Gennifer Choldenko. Loved it!
Al Capone Does My Shirts A Newberry Honor book!
The last two installments in this trilogy were even better!
Total of 3 books

January 2014: It just so happens that our first 2014 Literary Wives novel,
The Inquisitor's Wife by Jeanne Kalogridis,
was historical fiction, so bonus!
See my Literary Wives page for past LW reads and reviews.

The Last Wife of Henry VIII by Carolly Erickson

The Shoemaker's Wife by Adriana Trigiani

The Paris Wife by Paula McLain

Ahab's Wife or, the Star-Gazer by Sena Jeter Naslund

The Aviator's Wife by Melanie Benjamin

The Wife, the Maid, and the Mistress by Ariel Lawhon

Go Tell It on the Mountain by James Baldwin