The Golden Notebook
by Doris Lessing

Ah, the dangers of reading "classics"!
This is one of the first times I have felt
the need to complete reading a book
simply to have completed it...
just because I made a commitment
to myself to do so!
It may have taken months, but finally...
I reached my goal!

Do I feel enlightened as a result of having read this book? Yes.

Am I glad I read it? Somewhat. At least now I know what others are referring to when they mention this book, and after all, that is much of my goal when reading "classics."

So, while I totally agree with Lessing, I truly believe she could have created a much more readable tome in about half as many pages and still conveyed the same themes and opinions just as effectively, perhaps more so. However, that is just my opinion, take it as you may. I kept repeating to myself as I read the last half of the book--"Consider the date of publication and the impact this book had on typical readers of the time." Trust me, that was my mantra and that was the main reason I was determined to complete this read! While I have read others' recommendations for this book as a "must-read" for girls/women, I heartily commend anyone who has read this book through to the bitter end. It was such a task of pure unadulterated determination on my part...

While I found Lessing's writing to be well-grounded, the organization of this text was perplexing and confusing for me overall. I had to keep referring back in the text and to the synopsis on the back of the paperback to determine who a character was, etc. And that never ended for me as I continued plodding along. And it did indeed feel as if I was plodding...trudging...through mud, sand, any glutinous mixture that might bog one down as I continued through the second half.


I could appreciate how Lessing depicted the initial idealistic enthusiasm of many people for communist/Marxist political systems, believing them to be an answer to the need and/or desire for totally egalitarian division of resources, etc., among all within society. However, as we now know, this system also proved to be flawed, as those "in power" within these political systems were just as corrupt, greedy, tyrannical, and maniacal as any despots who ruled prior to them. Stalin was, of course, the preeminent example of such wicked totalitarianism of that time, ruling the Soviet Union until 1953, having killed many millions (At least 13-14 million, according to Wikipedia!) of Soviets. Although I totally agree that it is grossly unfair for a few to hold all the wealth/power in any society, I believe it is virtually impossible for a greedy few NOT to grab power if they are determined to do so. As much as I believe democracy should work for humanity, it doesn't seem that we have yet perfected this political construct into an effective practice... I believe Capitalism is/can be just as corrupt. Greed, for money, power, status, etc., seems to enable a minority of people in any human society to subjugate the majority.

There was a like disillusionment with feminist ideals. Lessing shows the dichotomy of the archetypal woman who engages in casual uncommitted sexual relationships, believing herself to be "free" and acting like a "typical" male, when in 1962, most women were not at all psychologically prepared for this lifestyle as a lifelong behavior, and still found themselves desiring typically traditional relationships, including marriage, children, and commitment.

"And what about us? Free, we say, yet the truth is they get erections when they're with a woman
they don't give a damn about, but we don't have an orgasm unless we love him. What's free
about that?" page 439

So although females had gained some sexual "freedom" at that point in time, they were not necessarily happy with the outcome. I believe this demonstrates the fact that social change requires much time; behaviors may change, but the psychological ramifications take much longer to incorporate into the human psyche overall. Unfortunately, societal expectations can require many decades to achieve much of a shift within the populace...

This reminded me of the time required for U.S. society to change its attitude toward women working outside the home full-time. I was a recent high school graduate in 1974 and although this concept was becoming a bit more acceptable, e.g. there was an expectation that females would "attend" college, (interestingly, not necessarily to "complete" or "graduate" from college) just as a "back-up," in case they were unable to obtain the expected "M-R-S" degree, or if they (Shock!) ended up d-i-v-o-r-c-e-d! It was a rather perplexing situation, and since I was in the Midwest, local society/culture was even more "backward" and much less progressive, and therefore, even more confusing for many of us females entering adulthood! 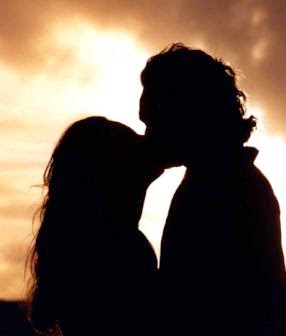 A third recurrent theme (definitely related to that listed above regarding feminist ideals), repeated consistently throughout the second half of this book (to ad nauseum, in my opinion) is the idea of sexual attraction to those who have been "unfaithful." Men are portrayed as enjoying the fact they can have sex with another woman and then return to the one woman with whom they are supposedly "in a relationship" to have more sex. However, as Lessing depicts, a woman does not have this same sense of enjoyment:

"I went over to him, and he gripped my wrist and brought me down
beside him. I remember lying there and hating him and wondering
why the only time I could remember him making love to me with
any conviction was when he knew I had just made love to someone
else." page 143

Virtually all of this information was obtained from reading the first half of this book. The second half simply repeated (over and over and over again) these same themes, adding the process of Anna's slide into insanity. For me, it was a very depressing read, however, as I kept telling myself, it was probably a much more enlightening, ground-breaking, even shocking read back in 1962 or even 1974!!

Have you read this classic? What was your take on it? Whew! I'm just glad it's over and done! I was glad I took a break and read other books I enjoyed much more before returning to it and reading the last half--that break seemed to invigorate me enough to push on!
Posted by Lynn @ Smoke & Mirrors at 4:07 PM