Even Crazier in California?

Crazy in Alabama by Mark Childress 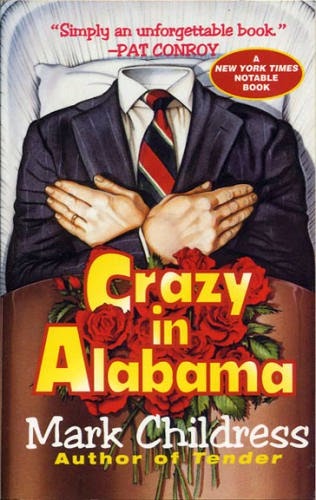 This book was the June 2014 read for our "Borders" Book Club. It is a favorite book for one of our members, and therefore highly recommended by her. Everyone else liked it more than I did. I liked it, but that's about all. I found it a bit too "crazy" to be at all believable and for some reason just couldn't quite get into the California part--that darned Tupperware bowl and small dogs...not necessarily a good combination! Although rated the highest among Childress's books by Goodreads ratings, I actually preferred Georgia Bottoms and One Mississippi much more. Though I would concur with Pat Conroy; it is "unforgettable"! There are scenes emblazoned on my memory forever...some that make me chuckle to myself just thinking of them!

There were definitely laugh-out-loud scenes in this book, particularly when she gets it on with the young trooper in New Mexico and leaves him handcuffed in his car, shoving the accelerator down with a rock, leaving the car moving off into the desert at 2-3 miles per hour! Now that was rather funny! As she peels out, she unwraps her leftover grilled cheese sandwich and tells Chester, "He was better than you ever were."

I could truly appreciate the scenes about Martin Luther King and politicians' manipulation of rallies, etc., for nothing more or less than their own political gain. Sickening... My favorite parts of the book were the civil rights scenes, though they were also scary. I can never fathom that there are humans who willingly treat each other so appallingly inhumanely! I realize that people/societies/cultures develop and evolve, but the concepts of racism, discrimination, and prejudice seem so evil to me. Don't get me wrong, there are people in this world I definitely dislike, however, that is typically the result of direct contact and the fact that they have given me good reasons to dislike them, not just because of how they look. Book Club members noted the double oppression contained within this book: of females as well as blacks.

Lucille had a very routinely dull life caring for her five children and was rather obviously in a lackluster, perhaps even loveless, marriage, but she had dreams to follow. I could understand and empathize with her situation, but does that justify murder? I realize it was the mid-'60's, but divorce WAS possible at that time! Gee! Since The Beverly Hillbillies was one of my favorite TV shows as a child, I was particularly enamored with those scenes. Admittedly, I was sorry that Lucille was unable to pursue her acting career fully, but murder is murder, after all... Add to that car theft, armed robbery, leaving a police officer handcuffed in his car which is accelerating through the desert, albeit slowly...well, you get the picture...she was in some deep trouble! The irony at the end was enjoyable. Once she finally decided to unload Chester, well... You need to read it to understand!

The most intriguing relationship in this book was between Lucille and her anonymous night-time visitor! Then to run into him later at a public function, recognizing him only by his voice! How freaky would that be?!? You spend the night with a total stranger, never expecting to see him again, and then... Yikes!! :)

Wiley and Peejoe were my favorite characters. Poor Peejoe! What a lot of responsibility he had regarding Lucille! I could appreciate his anger at Wiley for climbing a tree and staying there, leaving Peejoe to deal with his aunt.

Have you heard much about this book? Or read it? I like Childress's writing, but this wasn't my favorite among the three of his I have read thus far.

I have yet to watch the movie, but perhaps it will impress me more than the book did. 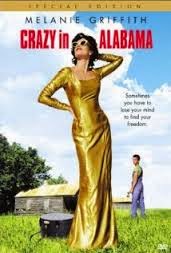