Not just more of Sam and Frightful!

Don't get me wrong, I loved My Side of the Mountain, but this book was at least as good, and in some ways, I believe I liked it a bit better.

But then, I do love a good mystery!
And this sequel had that as well as
the outdoor skills,  descriptions, wildlife,
and "Mother Nature."
George tackles some pretty intense
and controversial issues in this book:
wild vs. domesticated animals, poaching,
endangered species, theft, fraud,
and the potential damage of technological advances. And, Sam not only shares "his" mountain with Alice, The Baron Weasel and Jessie Coon James, but others, too! Remember Bando, the University professor who discovered Sam and spent some of his vacation time with him, helping to build the stove, etc.? He has returned with a wife, Zella who is a lawyer, and they inhabit one of the original cabins--dirt floor, no indoor plumbing or electricity.
Zella would love to change at least that first item to a wooden floor!

I love how Sam has actually learned the nuances of 'language' between himself and certain animals (Frightful, -the badger-, etc.) and also between the animals themselves! We all learn our world, whatever that is... Of Frightful, 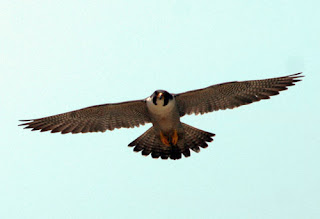 When she flies, she is still a crossbow in the sky, and she still "waits on" above my head
until I kick up a pheasant or a rabbit.
Then she stoops, speeding toward her prey
at two hundred miles an hour, the fastest animal on earth. She almost never misses.
"Hello, Frightful," I say.
"Creee, creee, creee, car-reet," she answers. That's her name for me,
"Creee, creee, creee, car-reet."
All peregrine falcons call the high-pitched crees, but when Frightful sees me in the morning or when I return from the forest,
even when she is flying high above my head, she adds "car-reet."
"Hello, Sam," she is saying. (2) 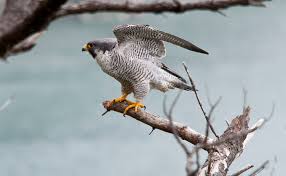 Although Sam's whole family had invaded his mountain a mere three weeks ago, they quickly discovered why Sam's great-grandfather had abandoned this land, Sam's father was "not plowing soil...he was plowing rocks." Although his father leaves him a toolbox full of tools, Sam eschews them,
Tools meant change to me,
and I liked my home the way it was.
I should have been proud and happy to know my parents had so much confidence in me that they would leave Alice in my charge,
but the truth was that I was peeved. Alice is not your ordinary kid.
She can be wonderful company, but--she can also be Alice. (16)
Ha! I believe that to be true for all of us! We can just be...well...ourselves! And that isn't always pleasant for others, is it? :) However, neither is Sam an "ordinary kid," eh? :) For example, once Alice has permission to remain on the mountain with Sam, she states that she will now "finish my plumping mill." Sam ends up helping her and they have a 'machine' powered by water to grind acorns into flour! See, Alice is helpful! :) But then...the unthinkable happens... 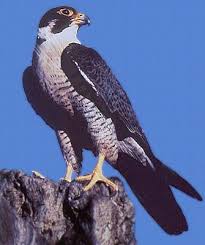 Frightful is confiscated by a 'conservation officer' since she is an endangered species, and though Sam suspects this man might be a fake, he discovers there is indeed a conservation officer by the name of Leon Longbridge who just happens to be on duty in Delhi that day! Needless to say, Sam is heartbroken. Then he brainstorms ways he can hunt for food without his faithful falcon. He makes a sling to use with stones, though even after much practice, he is not very successful! Well, actually, not successful at all! When Sam, Bando, and Alice decide to build a millhouse, it becomes a 'community' project with Miss Turner from the library spending her vacation building the wall of rock, Mrs. Strawberry taps the stones, and Zella uses skills taught to her by her bricklaying  grandfather for fashioning the corners! Alice encouraged and enabled many changes to Sam's mountain though he worked to make them the least invasive to the natural environment and rhythms as possible. Again, as with the Little House series, it is so very interesting to 'see' how these simple machines are designed and built. As a culture/society, we have lost much of this initial more primitive knowledge as we create more and more complex technological advances, and I believe it is valuable for us to revisit these simpler processes. You never know when one of us might design something even better by understanding the basics in more detail!

And then Sam discovers that Alice has not just been engrossed in yet another improvement project (she wanted to generate electricity next), but has actually left the mountain, per her note:

I back down the steps and pick up Jessie. I am feeling very sorry for myself.
Frightful has been confiscated--and now Alice is gone.
Even if we did argue a lot, she was good company. (57)
And then Sam hears a call, "Hall-oo, the tree!" and realizes Bando has arrived. Sam and Bando decide to track Alice and find her, since she "has a knack for getting into scrapes." They don't intend to disrupt her trip, but at least manage to "keep an eye on her" much as Bando did with Sam. As they hike through the countryside, Sam practices with his sling, missing "eighteen times out of twenty," thinking that's not too bad, since "a wolf pack misses its prey sixteen out of twenty tries." As they travel through the woods they realize they must not only "think like Alice," but also "think like a pig," since they know Alice took Crystal with her. Crystal lives on the mountain and it turns out that pigs are excellent at finding all kinds of food just underneath the soil, and can and will kill snakes, etc. It also makes Alice's early trail easy to track, as pig hooves tend to leave distinctive and deep prints to follow. Fortunately, Bando has the make orienteering maps that Alice has been using for her correspondence course, enabling them to map out Alice's directions. It was so very interesting to learn the various ways Alice and Sam had learned to leave "signs" along their trail for each other to "read."

It is during all these travels that Bando and Sam learn of some criminals who plan to sell birds of prey to a representative of an Arab sheik. And guess who they discover in the process? One 'conservation officer,' Leon Longbridge! We also learn a bit of social/political history about this area, the Van Rensselaer's and Rent Wars, etc. However, foiling a criminal scheme is not the most important goal for Sam, as he continues on alone to search for Alice, whom he has decided came all this way to see the newborn goshawks. He has read just how vicious the goshawk parents can be protecting their nests and he literally runs the rest of the way, realizing that Alice could be in real danger! It turns out Alice had a plan all along to benefit Sam. Her intent is to provide him with a baby goshawk to train and replace Frightful, but Sam, in the meantime has learned much about birds of prey and their natural habits and habitat, and although he has missed Frightful dreadfully, he now realizes the benefit of allowing these birds to live in their own environment without the interference of humans...

Though he appreciates Alice's well-intentioned efforts and loves Frightful,
he now realizes the dangers to these species overall...

And, yes, there is a scene at the very end of the book that had me crying...
That Sam Gribley is one 'tough cookie' who has grown up a lot in the past year
and has now learned to hunt successfully with a sling!
As with most skills, it took a lot of practice,
but as Sam has managed to do in so many ways,
he has finally mastered it!

This is such a great book!
George is a master storyteller and Sam one of her best characters, I think!
If you've never read this, you should!
And if you know any young readers, they should give this one a try, too.
It is a great follow-up/continuation of My Side of the Mountain!
This book will count toward the Classics Club's Women's Classic Literature Event
(#ccwomenclassics/#ccbookreviews), 20 Books of Summer (2016),
a Children's/Juvenile Literature read, and a Library Book.
Though obviously, this is a book I will definitely purchase for my grandkids!

This is how I envision
Jessie Coon James
and
The Baron Weasel.

These are neighbors
I could enjoy!

And now I am anxious to finish reading this trilogy with Frightful's Mountain!
And do not forget about that beautiful picture book,
Frightful's Daughter Meets the Baron Weasel! 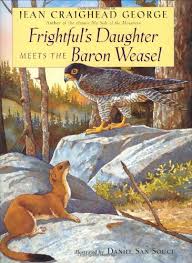 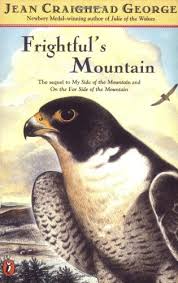