The Last Wife of Henry VIII: A Novel
by Carolly Erickson 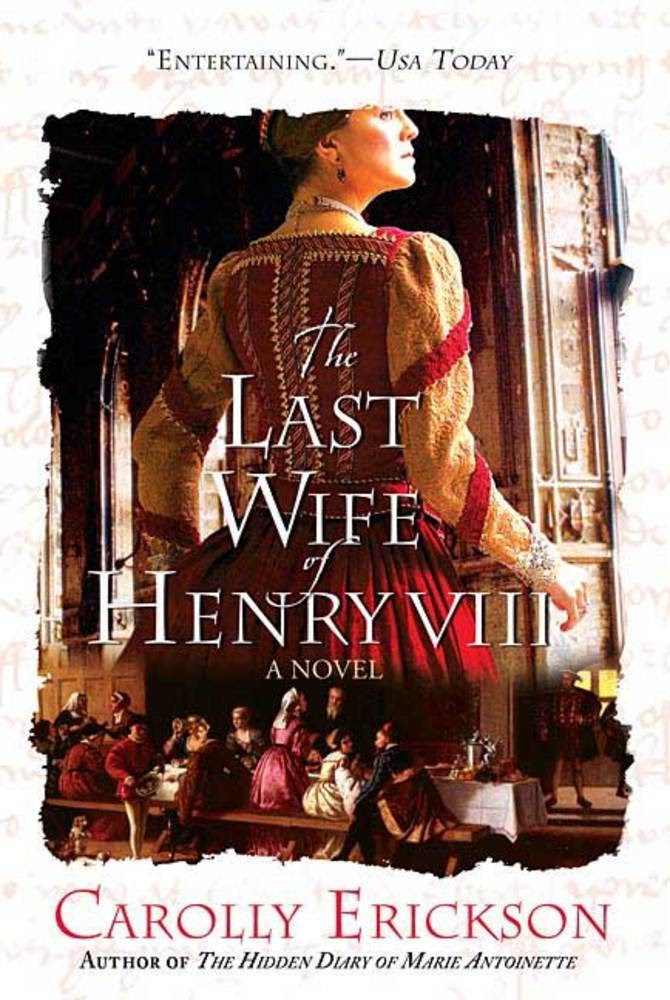 I was enthralled with this book as of page 4! By page 50 I was so aware of the differences between now and then; once Ned was dead, Catherine had no power whatsoever and was imprisoned in her own house! And yet, there was so much that seemed it could have happened today or yesterday. Erickson's writing places you smack dab in the middle of King Henry's court at the very beginning. and definitely makes you feel as if you're there and living through it all with Catherine. I love historical novels that make me feel as if I am "there," wherever that may be!

Be sure to check out the other hosting bloggers' reviews:

Naomi of Consumed by Ink
Kay of whatmeread
Cecilia of Only You
Carolyn of Rosemary and Reading Glasses
Ariel of One Little Library
Emily of the Bookshelf of Emily J
Audra of Unabridged Chick
And join us on Facebook! Feel free to post your own review there or on any/all of our blogs!

The whole concept of match-making for your children when they are only six or seven years old will never cease to appall me, particularly when the main motivation is for money, power, and status! I realize this custom is still practiced currently in other cultures around the globe, but it seems cruel to me. In my opinion, as adults we should be allowed to make our own choices regarding a mate, period. But that is just my feeling... Whether arranged or self-chosen, long-term partners may or may not work out in the long-term--that is proven fact! However, divorce is a concept rarely embraced in those same cultures of arranged marriages, so each partner is basically "stuck" with the other for life! Now that would be truly scary to me! As this book begins, Catherine's mother is searching for a match for her seven-year-old daughter. Oh, my...

Another scary aspect of these times is the fact that a monarch had ultimate and complete control over all the people under his/her reign, period. No appeals, no second chances, if you were accused (whether fairly or unfairly) of a "crime" you could be executed...no discussions or arguments. Unbelievable to me, though this attitude is most likely just the result of my having been born and raised, and living my adult life in the U.S. as a white/Caucasian; my perspective is skewed, I'm sure, especially when compared to "non-whites" (however you may choose to personally define that term) anywhere in the world and citizens of many other present-day societies/countries/regions around the world. I marvel at and am utterly appalled by humans' ability to be exceedingly cruel to other humans, by word or deed. Perhaps one of the most demonstrative examples of this is King Henry VIII's ability and willingness to have wives executed when they don't suit him, as depicted in this book. Good grief... It was obvious this man was mentally/emotionally unstable, to say the least!

Another theme of this book is the idea of exerting what influence we may have to "improve" our lot in life, then paying the price as that powerful person of influence exacts "payment" of sorts. Little did Catherine realize the many "prices" that would be extracted from her as a result of her initial plea to King Henry VIII to arrange for her initial marriage to a man (I believe the one and only man) she truly loved, and who returned that love in kind. Luckily for her, the infection finally killed King Henry VIII while she was still married to him, else she may well have had her head on the chopping block just as several of his past wives had done...

One of the main reasons I have never read many of the historical fiction novels set in this time of monarchies and their "courts" is that it all seems too "reality-showish" to me. I realize people gossip constantly about others and rumors fly at all times, but I have worked diligently to avoid such activities in my own life, feeling they are a waste of time and so very harmful to others. This book puts you right in the middle of just such behaviors which were the way things got done in those days...yet I am always reminded just how powerful similar behind-the-scenes communication remains to this day, particularly with social media and the U.S. mass media. I try to keep out of other peoples' business and hope they will do the same for me. Selfishly, it makes life so much simpler and easier for me, without all the emotional upheaval such talk can create, not only for the subjects of gossip, but I believe it does so for the gossipers as well, though they may not realize it or care... I believe it is negative and destructive, and I truly don't wish to read about it much! :) Perhaps it is too close to reality to be entertaining to me! :)

Now for the "wife" questions! This book certainly provided much fodder for answering these questions! :)

1. What does this book say about wives or about the experience of being a wife?

In the time of King Henry VIII's reign, wives were certainly expendable, to say the least, as evidenced by the King's own actions of beheading several of his wives for various reasons, but mainly so he could proceed to make a different woman his "wife." In this book a "wife" was simply a role to be fulfilled. Naturally, it was preferable for the woman to provide additional wealth and power to her husband, and especially male heirs to ensure the lineage be continued into the future. I believe that for most women of this time it was similar to a work role or position with many duties, as we might consider it now. Depending upon the economic and political position of the husband, there were different expectations for wives. For the extremely poor it was a matter of working to provide basic living essentials as well as caring for the house/rooms, garden, children, etc. There was little to no "leisure time." Ascending the financial scale, wives were expected to manage the staff to care for everything, as well as entertaining the proper politicians/patricians in the proper way, helping to build her husband's reputation and financial holdings. And, of course, at the ultimate upper echelon of power, as the King's wife, the role was defined ever so capriciously by the king himself. So, although he was unable to fulfill the sexual male role in a marriage, he insisted that his queen provide male heirs...huh? Really? Then if the Queen had sex with other men as a last resort to provide a male heir, she was beheaded for her unfaithfulness. An interesting, if untenable situation in which to find oneself, eh? :)

2. In what way does this woman define "wife"--or in what way is she defined by "wife"?

I admit to being disappointed in Catherine when she fell so "head over heels" in love with Tom while still married. I felt her attraction to him was strictly physical or lustful, and she could have simply chosen to ignore it or at least control her reactions to him. This reminded me of a brief discussion my ex-husband and I had regarding his belief that I would meet someone else and fall in love once I began working outside the home full-time. I countered with the fact that I had certainly already met and knew males to whom I was attracted within the past 13 years, but I had made it clear that I was not available, and I would continue to do so--it was a CHOICE I made, not something over which I had no control! I still believe that to be true.

As stated above, at this point in time, a wife was fulfilling a role with many duties, especially when married to the King! And as Queen, every little action was watched and noted, and became fodder for the gossip-mongers, especially those determined to undermine the woman, no matter what their motivation. I suspect that many times they were just anxious to create sensationalism itself! And yet, Catherine did try her best to influence her husbands to be better people, though I don't believe that was a culturally-defined expectation for a "wife" at this time. To her credit she did the best she could to help each of them, as well as their own children/relatives, as much as was in her power to do so.

Anne was one of the most fascinating wives depicted, in my opinion. We meet her as an obnoxious young lady capriciously ordering everyone around, then as Catherine's sister-in-law, and finally as an abandoned and totally bereft mother of four children. Again, to her credit, Catherine (along with her brother Will) holds no grudges and works to help Anne as much as possible, until the most-feared accusation is leveled against her and Anne is imprisoned, ultimately dying. Catherine actually imperiled her own safety and well-being by literally remaining with Anne in prison and defending her until her death. As further demonstration of the "duty" of a wife to remain in a relationship, once Anne abandoned Will and their marriage by physically leaving, Will immediately inherited all her wealth and she had no recourse at any time in the future to regain it, though he did help her financially once she was rediscovered many years later.

Catherine was kind, generous, and dedicated to those with whom she was connected. I was quite sorry she was never able to fully experience the role of "mother."

Have you read this particular book? It was enjoyable and made me feel as if I now know what life was like for a woman in those times.

Join us on Monday, April 6th for reviews of The Bishop's Wife by Mette Ivie Harrison. This one looks really different...and it's a mystery!!! 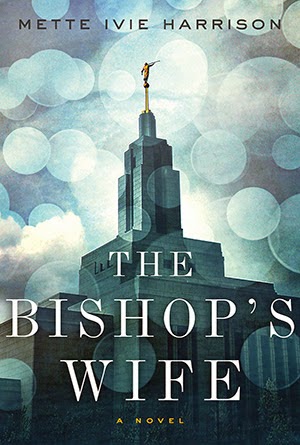