No, this is not about Truman Capote wearing shorts.
Nor is it a criticism of Truman Capote being of 'short stature.'
Rather, it is a brief review of some of Capote's shorter works/short stories.
These were included with the copy of Breakfast at Tiffany's I checked out of the library.
There are three such stories, and this is the longest of those.

House of Flowers by Truman Capote

It is rather a maudlin story set in Haiti.
There are many issues covered in these few pages:
domestic abuse, prejudice, sexual assault of young females...

Ottilie's native homeland is Haiti. She is "vain and preferred compliments to pork or perfume." Baby is her best friend and Rosita is another friend, both of whom hail from the Dominican Republic, giving them

reason enough to feel themselves a cut above the natives of this darker country.
It did not concern them that Ottilie was a native. You have brains, Baby told her...
Ottilie was often afraid that her friends would discover that she could neither read nor write.
Uh-oh... Her mother was dead and her father had returned to France.

...she had been brought up in the mountains by a rough peasant family, the sons of whom
had each at a young age lain with her in some green and shadowy place.
At the age of fourteen the family had sent her to Port-au-Prince with a large sack of grain to sell, but she had kept letting a bit of grain out all along during her trip until there was virtually none left when she reached the market. She was panic-stricken when she realized how angry the family would be with her for having lost all the grain and returning with no money. She was crying. It was then, three years prior that a man 'rescued' her and took her to a madame, who was soon able to "ask double for her." Ottilie became vain. All three of these girls are prostitutes working and living in Port-au-Prince, Haiti. 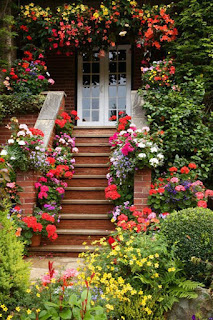 Ottilie is seventeen now and unable to understand the feeling of 'being in love'...until Royal comes along and she believes she loves him, since the bees don't sting her, and goes off with him into the mountains where they live with his elderly grandmother, Old Bonaparte. The house is described as covered with flowers, with such a sweet smell as you sit inside...definitely ironic, since nothing is sweet for Ottilie here. 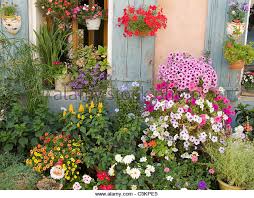 After five months or so, Royal begins acting just as if he is single again, going off and spending his nights and days with the men. Old Bonaparte, whom Ottilie resents mightily for treating her so badly, plays tricks and puts a spell on Ottilie, though the old woman is unaware that Ottilie is 'cooking' up her own black magic, literally, in the food she prepares for the greedy woman, who eats and eats as much as she can possibly hold at every meal. Though once Old Bonaparte has died, Ottilie becomes bored with Royal always gone, and realizes "that Old Bonaparte was dead but not gone." I did a small snort-laugh as Ottilie talks of seeing "a watching eye." I was thinking of Stephanie Plum and Joe's grandmother always threatening to give people "the eye." It still makes me smile. Though that's all the humor I got from this story.

Finally Royal is convinced Ottilie is mad and ties her to a tree while he is gone for the day, with no food or water. And it is this day that Baby and Rosita travel to the village to visit her. When they accuse Royal of beating her and tying her in the yard like a dog, Ottilie defends him,

Oh, no...Royal never beats me. It's just that today I'm being punished.
It is obvious their intention is to return with her to Port-au-Prince, back to her life as a prostitute. One of her main 'customers' from the past, Mr. Jaimeson, financed this trip, in fact. Ottilie refuses, insisting they tie her back to the tree, and they're forced to do as she wishes. She tells them Royal would find her and drag her back, and her life would be much worse.
Suddenly, hearing Royal on the path, she threw her legs akimbo, let her neck go limp,
lolled her eyes far back into their sockets. Seen from a distance, it would look as though
she had come to some violent, pitiful end; and, listening to Royal's footsteps quicken to a run,
she happily thought: This will give him a good scare.

And, that, my dear reader, is the end. Yeah... I'm hard pressed to determine the point of this missive, except perhaps that she is now cursed, just as Old Bonaparte desired? I found it off-putting and a bit nonsensical overall. I can only surmise we are to interpret it as we will. So the bees didn't sting her, but Royal basically does? Or that this is the way with all men, they get a woman, essentially entrap her, isolating them in a remote 'sweet-smelling' flower-covered house, then return to their bachelor-type lifestyle? And truly, this is so depressing, considering how indicative it is of the lives lived by many young females around the world--sexually assaulted/raped as a young child, prostitution the only viable self-supporting 'job,' and then abused by her partner's family and then finally by him. Ugh... They are typically illiterate and totally unable to advocate for their own life in any way. They are unaware of any other possibility.

A Broadway musical of the same name, House of Flowers,
was developed by Capote and Harold Arlen and played in 1954.
Though, per the description of this musical,
the plot and action were both significantly altered for the music theatre format.
It even had a 'happily-ever-after' ending...trust me, this story did not.
It seemingly, just ended, with that last paragraph above.

What is your interpretation?
Have you read any of Capote's shortest literary works?
Posted by Lynn @ Smoke & Mirrors at 6:23 AM