Having read and loved The Dogs of Christmas, A Dog's Purpose, A Dog's Journey, and Emory's Gift, I knew I would at least enjoy more of Cameron's writing, if not also love it. And I was absolutely correct in that assumption! After all, he is one of my favorite authors! I was thrilled when he asked if I would review this book, informing him I had already read the short story as an introduction. Though I will admit these covers did not necessarily "pull me in" at first glance, I did find the titles to be intriguing, my first thought being, "A repo man? Wow...definitely different subject matter than his other books!" 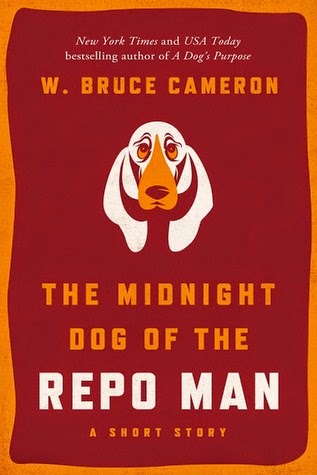 The Midnight Dog of the Repo Man is an introductory e-short story ($.99 from Kobo) to the novel, The Midnight Plan of the Repo Man. I was glad to have read this before reading the novel, learning a bit of backstory on Ruddy, Becky, and Jake! Ruddy is not easily intimidated, to say the least. You also get a glimpse of his hopelessness regarding his current life, as well as his well-meaning and good-hearted actions, at least where Jake is concerned! The way he handled Montgomery was brilliant! Forcing him to pay Kenny and Mark for work completed, repossessing his car, and most importantly, rescuing Jake! I was reminded of Mitt Romney strapping the family dog (at least contained in a carrier) on their station wagon's roof while traveling for family vacations, at least one of which involved 12 hours of driving/riding one way! (See the Wikipedia article.) While in some ways that isn't as bad as locking a dog in your trunk for an extended period of time, neither action is humane, in my opinion! I had to laugh at the fact that Jake (like Cameron's own dog) doesn't like walks! What?!? :) That seems uncanine! 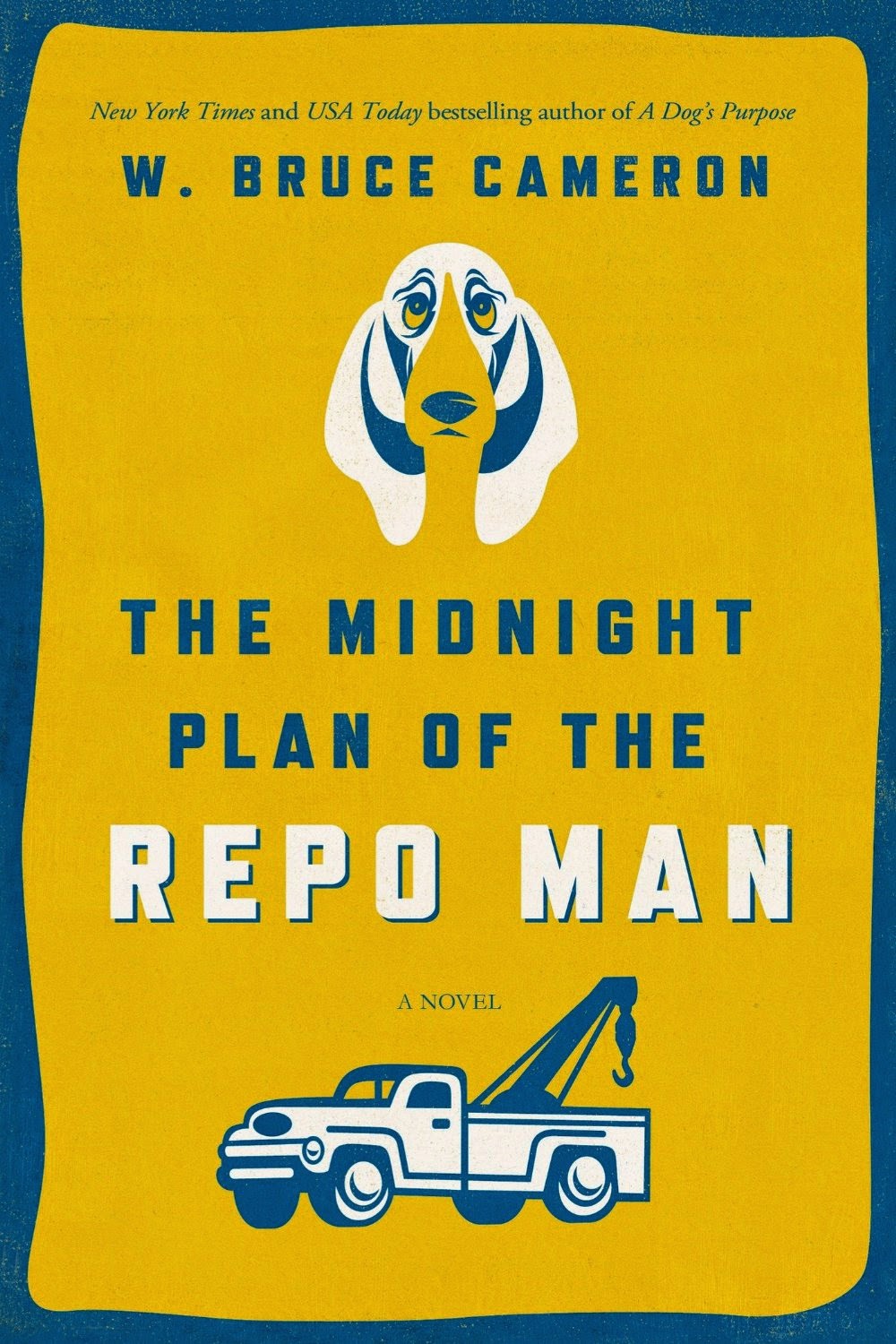 This book has it all! A nice little romance, a mysterious disappearance, a possible murder, bad checks totaling in the thousands of dollars, a dead body, dreams that seem real, and that little "voice in your head" that can sometimes lead you astray! And truly, many poignant moments. :) Ruddy is a well-meaning soul and in his spontaneity to be honest and forthright, can certainly get himself into a lot of trouble! He is arrested as a result of bringing attention to an 8-year-old grave in the woods, never realizing that one of his personal possessions was buried with the body, and that he could or would be implicated in the crime. At that point, Ruddy starts giving the reader a bit of information regarding the many regrets he has about his past, proof that one "slip-up" can permanently alter a person's life course--not for the better. Though many people have operated a motorized vehicle while impaired, Ruddy's story proves it is never worth the risk... I particularly sympathized with him regarding his conscientious, thoughtful, and respectful decision not to pursue fame and fortune, simply out of respect for Lisa's family; I believe there are few people who would do the same, as well as perform a monthly memorial ritual for a person he barely knew.

Cameron's sense of humor is sprinkled throughout this book, heightening the reading experience and making it ever-more entertaining. Character names can be entertaining in their own right: Kermit, Albert Einstein Croft, "Doris" the goose... There were so many times that Kermit provided humor in his somewhat off-beat interpretation and implementation of instructions, as well as his misuse of words. For example, Ruddy directs him to drive the tow truck and gently approach the vehicle in which Ruddy sits, pushing it at exactly "15 miles per hour"--no faster, no slower. Ruddy watches curiously as Kermit backs the tow truck to quite a distance, then slams the accelerator down, actually hitting Ruddy's vehicle at the exact speed of 15 miles an hour! In the end however, his unique understanding of Ruddy's shouted reminder, "The Dumpster!" actually saves his life as he himself jumps into the dumpster rather than tossing the bomb into it, as Ruddy had originally intended. Though that same action caused Becky and Ruddy worse injuries from the explosion than if he had thrown the bomb instead... (I classified this scene as Stephanie-Plum-like!) There were many instances when I literally laughed out loud! This being one of them.

On page 56, Ruddy is considering how the population of coastal tourist destinations fluctuates between the off-season and tourist season exponentially,
...as opposed to land-locked Kalkaska, where I think I know just about every-
body by their fist name. Kalkaska only really has a crowd control problem
during deer hunting season, when the boys from the city arm themselves
and wander around wearing camouflage pants, drinking beer.
This made me laugh, though in reality, I consider it to be true for many rural areas, and scary, all at the same time! I am always concerned about my sons hunting.

In the end, Ruddy gets the girl, who is a true hero and saves his life in dramatic fashion! He even rescinds his previous opinion of Kermit to his sister, Becky, admitting to her several times over, "I was wrong about Kermit!" This as a result of realizing just how happy Becky is with him in her life. And, finally, he allows Jake to officially claim his favorite sleeping spot...awwww...proving it is difficult to deny our fur-babies!!

If you've read Cameron before, I doubt you'll be disappointed, and if you haven't, you should!! I am happy to know he is writing a sequel to this novel! What is your favorite among his books? It would be difficult for me to select only one!
Posted by Lynn @ Smoke & Mirrors at 12:17 PM