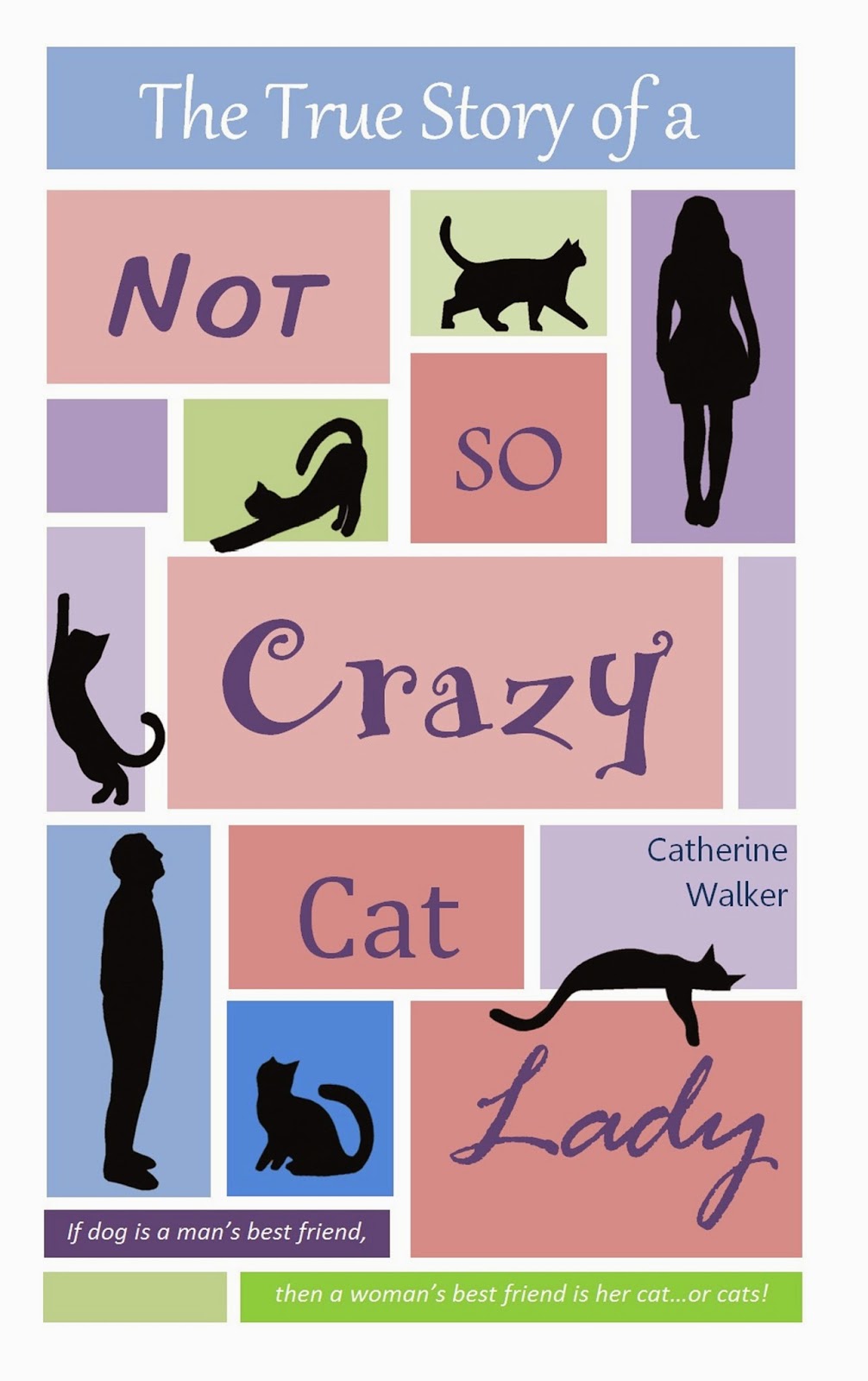 For those who know me, it is not difficult to imagine that once I knew of this book's existence, I had to read it! Although I was fearful this might prove to be a very shallow read, I was surprised at the depth and poignancy of this book. (Though I found the writing within the first 40 pages to be a bit choppy, the majority of this book flowed along.) It had much to say about how we portray others in our lives, whether true or not, based strictly upon stereotypes as perpetuated by society at large. I think I feared it would just be a recounting of humorous kitty-cat antics, kinda like watching entertaining feline YouTube videos! But it was so much more... Within these pages is contained grief, heartache, loss, love found and love lost, betrayal, and perhaps most importantly, true love's perseverance! And who better to provide unconditional love than our furry companions?

As a fellow cat lover (As evidenced by all the pictures below!), I could so easily relate to Harriet's descriptions of her five adoptees and their individual personalities and habits! Though it seemed Modi was the one most attuned to her moods and needs. Similarly to Harriet, my Smokie came to me not long after my divorce, and she has been my support system since we met! Weirdly, my ex-husband's name is the same as Harriet's! Having adopted four more fur-babies over the past year, my husband and I now, as did Harriet, have a total of five felines in residence. This makes for much entertainment and exciting times! Who needs TV? Not us... :)

Interestingly, one of the first men to notice Harriet and flirt, even asking her out, was...himself...married! Yuck! Harriet's husband had left her for her own best friend just four months before. I've known of two different times in my own little world when a husband has left his wife for her best friend. I don't get it, but that's just me. And if you're that unhappy and determined to "cheat," why not just file for divorce and be done with it? And you call that being someone's best friend? Really?!? But...I digress. :)

In speaking of her busy-body neighbor, Harriet notes


At first I used to wonder what it was about me Mrs. Ellis disliked so much but I'd since learnt that she had a quarrel with the entire world. With a bovine-like strut and a physique to match, I wondered if Mrs. Ellis had ever been a catch. Considering what a gentleman Mr. Ellis was, I presumed so. (p. 22)

I was a bit taken aback by this comment, implying that if a woman is not considered "pretty" or doesn't have a "desirable" build, she is not a "catch." However, it did appear her personality wasn't attractive, so perhaps Harriet/the author is just wondering what it is that did attract her husband to this woman in years past...though I'd prefer to believe there is a person out there for each person, to make him/her happy in this lifetime. I have known several people like this; I always try to have sympathy for them for being so very unhappy, though that's difficult at times!! I never know if they just don't realize how they are, or just don't care... Harriet appeared to be at the opposite end of this spectrum!

I did have sympathy for Harriet at her 29th birthday party where her whole family had gathered--this was her first time to realize just how much they had pigeonholed her as a "crazy cat lady," with all her gifts reflecting either cats or kittens in some manner, as well as their conversation regarding what they obviously considered her obsession. It seemed none of them could or would even try to truly understand the support and "unconditional positive regard" she received from these furry felines, especially at such a painful time in her life when she really needed such unreserved affection. I sometimes think that we humans feel as if we can mistreat those closest to us (typically by blood) without any thought as to how the recipient of this treatment feels as a result. Though I do admit I wanted to take Harriet's head in my hands and shake her for allowing others' opinions to matter so much to her! Very sad, though I realize many people do just that. Perhaps I learned at a very young age not to listen to others when they talked mean about me or things beyond my control, else I would have spent the rest of my life upset and frustrated.

Dan was obviously a very caring and committed father to his son, Joe. I was gratified that when Ollie volunteered to house- and cat-sit, allowing Harriet to visit Dan for the weekend after all, Joe was already there, since Dan had asked him to visit as soon as Harriet had canceled. And they had already baked cookies! Now that's my kind of Dad! :)

I wonder how other readers who have never lived with cats might receive this book? I don't know, but it certainly resonated for me on so many levels and (unusual for me) I really cried, the tears-streaming-down-my-face kind of crying, as I read this book. So much to grieve for, and yet, in the end, so much to celebrate and anticipate for a happy future!!
Posted by Lynn @ Smoke & Mirrors at 11:37 PM